Is the flu shot safe? Myths, facts, side effects, and risks 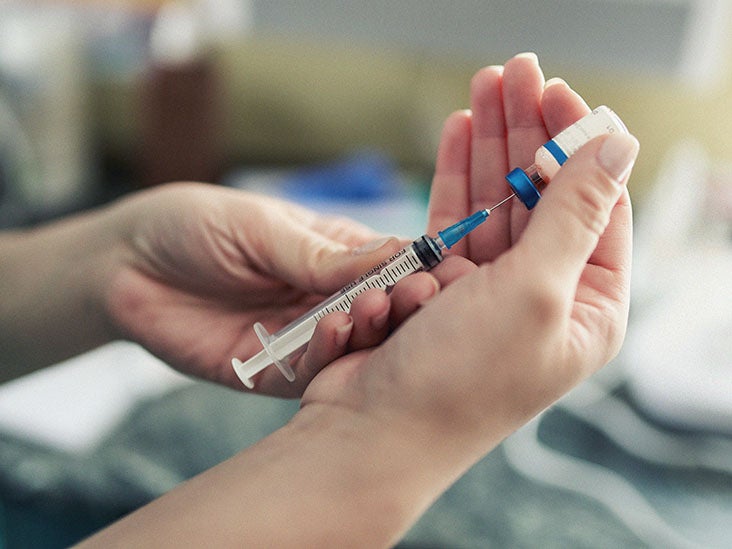 Each year, flu affects millions of people in the United States. Despite controversies, research suggests that getting flu shots is a safe and effective way to prevent the infection.

Flu occurs due to influenza viruses. This infection can have serious and even life threatening complications, especially for older adults, young children, and people with certain medical conditions.

During the 2018–2019 flu season, the Centers for Disease Control and Prevention (CDC) estimate that 35.5 million people contracted the virus, resulting in around 34,000 deaths.

There has been some controversy over the safety of flu shots. However, evidence from researchers, doctors, and health organizations overwhelmingly concludes that they are a safe, effective method for preventing flu.

Due to the coronavirus disease 2019 (COVID-19) pandemic, reducing the spread of respiratory illnesses, including flu, during flu season is more important than ever.

This article explains how flu shots work and discusses their safety, risks, and side effects.

Flu vaccines have a good safety record. They have been in use for over 50 years. During this time, hundreds of millions of people have safely received flu shots.

According to the CDC, getting the flu shot, or flu vaccine, is the single best way to prevent getting flu and spreading it to other people.

The following sections will look at various concerns that people have over the flu vaccine and the evidence behind them.

Does the flu shot cause flu?

Flu shots contain killed, or inactivated, flu viruses. They are not able to cause flu. These viruses activate the immune system to create proteins called antibodies.

The body stores antibodies and can use them to fight off future flu infections.

As a result, a person might be able to avoid flu completely after receiving the shot, or if they do catch flu, it is more likely to be a mild illness.

The flu shot can cause symptoms similar to those of flu, such as a headache or nausea, but it cannot give the person flu. Learn more here.

Are the ingredients safe?

The various ingredients in flu shots work together to ensure that the vaccine is safe and effective. The specific ingredients vary between vaccines.

The ingredients may include:

Flu shots have a good safety record, and many scientific studies have shown that these ingredients, and their proportions, are safe for most people. However, people with egg allergies should speak to a doctor before getting a flu shot.

Learn more about the ingredients in flu vaccines, and their safety, here.

What if I have an egg allergy?

Most flu shots contain a small amount of egg protein. However, egg-free shots are available for those with severe egg allergies.

However, allergy experts — including the American Academy of Allergy Asthma and Immunology — agree that people with egg allergies can receive the flu shot without experiencing a severe reaction.

Those with a severe egg allergy may need to receive the vaccine under the supervision of a healthcare professional trained in allergic responses.

Flu shots are safe and highly recommended during pregnancy to protect both the parent and the baby.

People can safely receive a shot at any time during pregnancy.

During pregnancy, a person is more likely to have serious flu complications due to a higher strain on their heart, lungs, and immune system.

Does the flu shot cause autism?

Some people have concerns that the flu vaccine, and other vaccinations, can cause autism.

However, according to the CDC, studies have shown that there is no link between vaccination and autism.

There are many other myths circulating about vaccinations, including the notion that they weaken the immune system, give people flu, or contain unsafe toxins. These claims are not based on scientific evidence.

Learn more about anti-vaccination myths and the truth behind them here.

Who should avoid getting the flu shot?

Experts recommend the flu shot for most people aged 6 months and older.

However, the following people should talk to their doctor before getting the shot:

Overall, experts agree that getting the flu shot is an effective way to reduce cases and severity of the virus. It helps reduce serious complications, hospitalizations, and deaths.

The effectiveness of the flu shot varies from year to year, depending on how well the specific viruses in the flu shot match the strains of flu virus that circulate during flu season.

Effectiveness by health and age

The flu shot seems to function better in adults and older children. Older adults often have weaker immune systems, meaning that the shot may be less effective at preventing flu.

However, even if a person does catch flu, receiving the vaccine reduces the likelihood of experiencing severe symptoms.

The bodies of children under the age of 2 years and people with long-term health conditions might respond less to the shot, so they may receive weaker protection.

The CDC say that children under the age of 5 years, and especially those under the age of 2 years, have a higher risk of serious flu-related complications. Therefore, they recommend that all children over 6 months of age receive a flu shot.

Matching the flu shot to the virus

Every year, new strains of flu spread around the globe. There are hundreds of different strains, but the manufacturers of flu vaccines can only include three or four types in the shot each year.

When manufacturers match flu shots well to the active flu viruses that year, it can reduce the risk of flu by 40–60%.

The 2011–2012 flu shot was a good match, and a study in the journal Clinical Infectious Diseases states that it was 71.4% effective that year.

In some years, flu predictions may be less accurate, or the virus may change before flu season begins. In these cases, the vaccine is still helpful.

For instance, the 2014–2015 flu season was a particularly severe flu season partly because one of the viruses mutated, leading to a less effective flu shot match.

Some people experience mild side effects from getting the flu shot.

The most common side effect is slight pain and swelling at the site of injection. A small number of people may also experience flu-like symptoms, such as:

These symptoms are usually mild and will disappear within a few days.

In rare cases, getting the flu shot can cause a severe allergic reaction. When this happens, it usually occurs within minutes or hours of the person receiving the shot. The following are symptoms that require emergency treatment:

There are various types of flu vaccine.

Most people receive the standard dose vaccine, but people aged 65 years and over may receive the high dose vaccine to boost its effectiveness, as this group is at higher risk of flu complications.

Nasal sprays are also available for healthy people aged 2–49 years old. However, these are not appropriate during pregnancy or for people with certain health conditions.

Egg-free shots are available for those with severe egg allergies.

The CDC recommend getting a flu shot in September or October, but getting it any time during flu season will help. The shot takes effect in about 2 weeks.

The flu shot is effective for about a year. This means that people need a new shot for protection each flu season, even if the strains in the shot are the same.

Despite controversies over the safety of flu shots, scientific evidence supports them as safe and effective ways for preventing seasonal flu.

Most people aged 6 months and over should receive the flu shot each year.

How and where people get a flu shot may vary due to the COVID-19 pandemic. The CDC provide guidelines on this here.