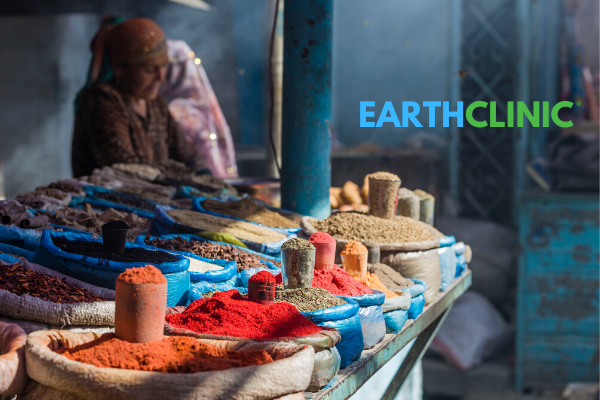 I just want to thank Ted for the good work he is doing here. I took Zithromax for pnemonia and it hurt my left kidney bad. I discontinued after the first dose, but pain for three weeks following first two pills. I have been working hard to heal this, but the spleen began to hurt as well. After this the liver and or gallbladder were off too.

I was able to read through this site and see advice that Ted gave to others. Based on my own research I can say that Ted is more than brilliant. I am certain that his advice has helped me and many others. The doctors do not know how to heal kidneys. Its a very difficult task, but doing the right things certainly help. I had no time to waste with this either.

Hi Everyone… One fact that seems to scream out from the research regarding kidney problems is that a major cause for this condition is because the body is already far to acid, resulting in dangerous erosion and damage to the kidneys themselves caused by the acidity in the blood. Ted from Bangkok has said this time and time again on EC.

Kidney disease and high body acidity also means that the body will have great problems digesting acid foods like raw Apple Cider Vinegar(acetic acd, malic acid) and citrus fruits(citric acid) which are normally beneficial to people whose bodies are not so acidic and who have sufficient stores to neutralize the citric acid to citrates and acetic acid to acetates. Ingesting these raw acid foods — when the body is already so acidic and body bicarbonate stores so lacking — are not beneficial to the body because in people with already acidic bodies and in order for these ingested acids to be converted to useful alkaline salts, these acids must first be neutralized by our bicarbonate stores during digestion. Excess blood acidity caused by a bad acid diet and a resulting lack of bicarbonate stores is what damages and erodes the kidneys. So if you have kidney problems then this essentially means that your body’s bicarbonate and citrate stores are heavily depleted and also means that you are eating way too many acid foods — so you cannot efficiently neutralize these damaging acids in the blood or within the cells themselves.

Therefore the common sense approach would simply be just to take Ted’s Alkalizing Remedies to increase bicarbonate stores(alkalize the blood) and citrates (to alkalize the intracellular environment) within the body. From the research, bicarbonates and citrates are particularly useful for the kidneys in this respect.

So for some people to advise, as I have already read on EC, taking acidic foods like raw ACV and citrus fruits when someone is suffering from kidney disease caused by a lack of bicarbonate alkali in an already acidic body would seem to be absolutely crazy and completely the wrong advice.

For kidney infections, has anyone tried Aloe Vera Juice? This works wonders for me. I had a lot of inflammation due to backed up kidneys. I drink 4oz three times daily and in just 1 month I lost 30 pounds and several inches all around the body. Also take 1 Dandelion root capsule twice daily. This really help get rid of the excess water. Drink plenty of water, at least 1 gallon daily. If you are having pains, that may not be fibro, but it could possibly your lymphatic system. Get a lymphatic massage. It’s not too expensive and you’ll feel much better after. Hope this helps.

My daughter is 12, she has been suffering with Nephrotic Syndrome Mcd for 10 yrs. She had relapsed and we were waiting to go on the high dose steroids, her protein spill was +3. She had a very sore throat and I had the idea to get her to gargle with apple cider vinegar, 5mls (a capful) in a glass of water 3 times a day. I was very surprised to find the next day her protein was +2, the next day +1 and then neg. It’s been 10 days now, I get her to drink a glass of Apple Cider Vinegar before bed, when she gargled she also swallowed it. I am still in shock this worked, no high dose steroids with all the horrible side effects.

On the subject of Apple Cider Vinegar for kidney infections…

ACV is awesome and should be used sparingly to treat acid indigestion. Too much ACV will cause loss of potassium… I think I am I consuming a lot of ACV… Maybe 1 Tablespoon to 16oz… Maybe way too much.

I had a bladder infection in May.. Anitbiotics cleared it up. Then I started to increase my ACV. Then a routine blood test detected abnormal proteins. The Dx is MGUS (monoclonal gammopathy undertemined signifigance. ) Probably NOT a big deal, many older people can get this and it is related to inflammation in the body (I have Fibro.. )

HOWEVER.. One of the ratios they look at is BUN:CREATININE. My ratios are high.. And have been since bladder infection. I take NO MEDS of any kind. My potassium levels are low, but low normal. At this time, I can only assume that I am drinking TOO MUCH of the ACV, flushing TOO MUCH of the POTASSIUM out of my body. That said, I do NOT want to stress out the kidneys and the filtration. MGUS has a 50/50 possiblity of progressing to Multiple Myeloma in 20 years…. AND… M. M. Causes stress on the kidneys… Who knew??

So is ACV awesome? Yes! Does it help short term? Yes! But anything in moderation.

I have read some very promising stuff about apple cider vinegar healing some on dialysis. I know it is rare, but I believe I can and will experience renal recovery. What I read is correct. The doctors and nurses will not give you any suggestions to get off dialysis, but for one they want to give false hope. But the main reason is that they will lose their INCOME if more people experienced renal recovery. One person said she didn’t drink the vinegar, but laid in it every night and got “healed” in 9 months. What do you think about the vinegar?

I’m 86 and have High Blood Pressure and chronic kidney disease. I want to take ACV for detox and HBP, but ACV is high in potassium, which I’ve been told to limit. My kidney disease is in the early stage, but I’d like to know if ACV should be avoided? Thanks, Roy

Apple Cider Vinger cleaned my Kidney. This was discovered after taking a full blood test.

Improve your kidney function easily with acv and baking soda

My wife is a diabetic, with hypertension and COPD and deteriorating kidney function to go along with it, as it usually does as time goes on. Though I don’t remember where I read it, we discovered how to IMPROVE her kidney function, not just stabilize it. I’m pretty sure it was a European study because the ‘ingredients’, simple as they are, were in metrics and had to be converted. Her kidney function was down to 20% at that point.

I started giving her 1/8 tsp of baking soda with 1 tbls of acv, in a glass of water… doesn’t matter how much water. In 4 months of taking this most days, she was up to 31%. That’s as high as we have been able to get it, but at least it stopped falling and the prospect of needing dialysis is no longer an urgent concern.

Why the acid and alkalizer combine to work so well, I can’t say, but they work well together, and have for some years.

For the anemia I read about blackstrap molasses and spinach with vitamin c to help absorb . I tried these remedies and I showed normal level now for almost year. I am postmenopausal, for the ckd (Chronic Kidney Disease) I was level 3, with apple cider vinegar 1 capful , 1/2 tsp baking soda with water. Ckd is better level 2. I also lost 5 lbs without ant effort with the acv! Appreciate all the great help 🙂

I would like to improve my kindey function. I think I’m close to the boarderline. I have have high uric acid. I want to try apple cider vinegar and baking soda, but I just read it has sulfur in it. I am allergic to sulfur and sulfur drugs.

My wife had been diagnosed by our DO with kidney disease. She has been diabetic for many years and doesn’t take very good care of the condition. Her GFR was 38 and Doc was concerned. I personally felt that she was already on too many meds and looked for a more natural method to raise the GFR. I found on more than one website in the UK, that there have been extensive studies on the use of ACV with baking soda, with impressive results. You won’t find these studies in the US because the drug companies won’t make a nickel from the results. This treats the problem, not the symptom.

We consulted with Doc, to make sure the sodium wouldn’t be a problem with her hypertension. Doc looked at the UK studies and said, “Give it a try.”

More recent blood work has seen her GFR go from 38 to 45, and now up to 53. We are no longer waiting to be told that dialysis will be on the agenda. The combination also seems to have help bring her BP down a little bit.

Another positive note to this is that my wife had not been one who wanted to try ‘natural’ remedies. Now that she has seen very good positive results, she reminds me if I forget to mix up her acv/soda combo in the morning. She is now more willing to try some of my “crazy” ideas.

I would highly recommend checking out the UK studies. The reports showed that in more than one case, people had been able to stop dialysis after using the combination.

I am looking for information on reversing kidney damage and find ACV and baking soda combinations most often suggested. Can anyone explain how they are both appropriate, since one is an acid and one a base? Don’t they cancel each other out? And if an acid (ACV) brings forth an alkalizing response in the body why doesn’t the baking soda do the opposite and make the body more acidic?

Per Ted’s posts about arabic gum for treating kidney disease, does anyone know where to buy arabic gum in the USA?

I took care of kidney patient (My mum) and help her to recover from Kidney disease.

U will be on your way to improve your health. Your doctor will say “You are a miracle” like my mum’s kidney specialist said to/told her so.