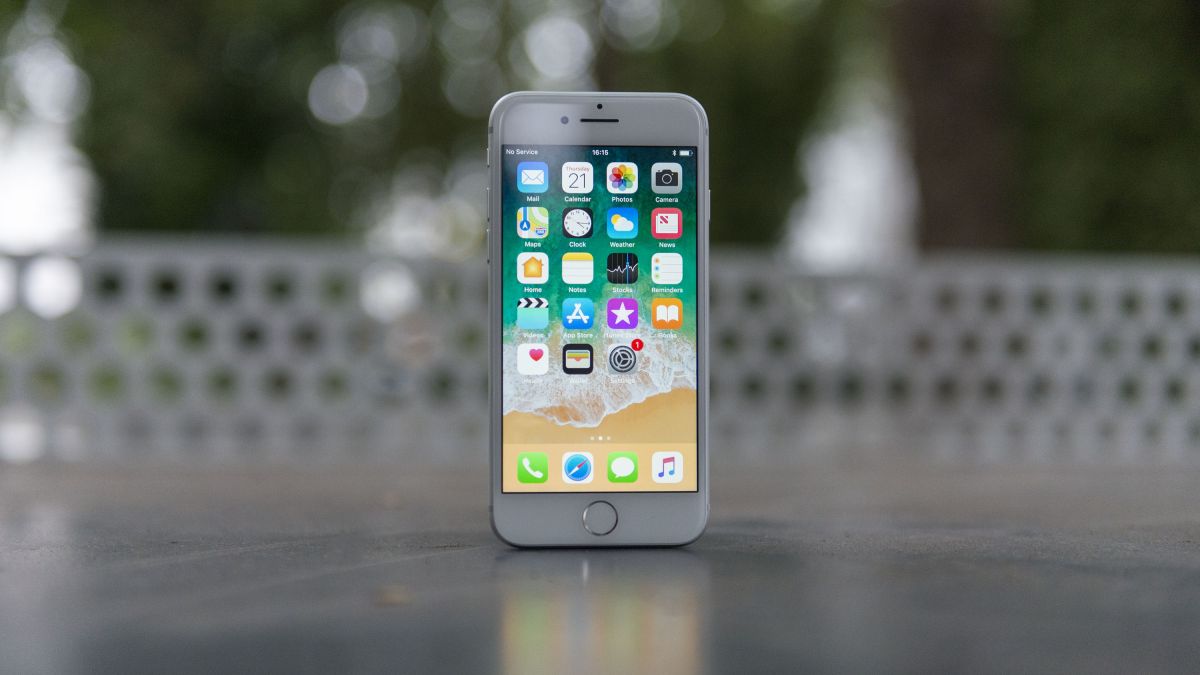 Update: Apple has confirmed that iOS 14 – the company’s next big software update – will be coming to the iPhone 8 later in 2020.

Apple’s iPhone 8 wasn’t even the top-of-the-line iOS phone when it came out, but it’s still a robust choice for functionality and speed, with a traditional home button packing an easy-to-use Touch ID fingerprint sensor to boot. In short, it’s as powerful as the iPhone X at a notably lower cost – which is still impressive years after both phones have come out.

If you’re scouring for the best iPhone right now, consider Apple’s newest range, the iPhone 11, iPhone 11 Pro and iPhone 11 Pro Max. They’re two years newer than the iPhone 8, but a fair bit pricier to match. Thankfully, when Apple introduced its 2019 line of flagships, the company cut the price for the iPhone 8.

When Apple announces new iPhones, it typically drops a few aging devices, but the iPhone 8 has manage to survive unscathed, and enjoys the new features in iOS 13 to boot. Apple now considers it the ‘budget’ entry to the iPhone series for people who want Apple’s tech without paying for a high-end phone. That means it’s still easy to pick up this smartphone from a variety of places at half (or more) off the price tag of the latest iPhone.

The 8 is a legacy iPhone through and through: if you’ve owned an Apple handset from the iPhone 6 onwards, you’ll know exactly what you’re getting with this smartphone. There haven’t been too many changes over previous models, but for some, that’s a bonus.

iPhone pessimists and Android fans (sometimes the same people) will be quick to point out the seemingly minor incremental upgrades over 2016’s iPhone 7, but for those with an iPhone 6S or before, that’s less of a problem – especially with the 8’s more powerful chipset.

While it may not offer much over its direct predecessor, the iPhone 8 has enough about it to make it an exciting upgrade for those with older iPhone handsets. It also enjoys all the goodies in iOS 13, like Dark Mode and a range of app speed increases, so you can make the most of your iPhone experience.

Apple hasn’t reinvented the wheel here – if you’re craving innovation (within the iPhone bubble, at least) see the new iPhone XS (which has replaced the iPhone X).

The other big difference to consider is how you unlock this phone – with the iPhone 8, it’s Touch ID fingerprint scanning, as it has been for years. With the iPhone XS, you’re unlocking with your face, using the nattily-named Face ID.

Touch ID is familiar and fast, while Face ID feels futuristic and recognize faces fast enough – but it’s not going to be for everyone doesn’t adjust well to drastic change. For those people, the iPhone 8 is going to be far more appealing.

The notch at the top of the iPhone XS contains a camera that allows for Animoji and MeMoji, where emoji can be animated by mapping your face – this feature is locked to the iPhone X, XS, XS Max and XR, and the TrueDepth front camera, so not possible to do on the iPhone 8.

The iPhone XS has dual cameras where the iPhone 8 has a single sensor, which allows for background de-focus and a more comprehensive photographic experience – although this is also possible on the iPhone 8 Plus.

In short: the iPhone 8 is the safe, cheaper option. It does the iPhone things you’d want, and is a solid package you’ll recognize all the way back to the iPhone 6.

The iPhone 8 set a new bar in terms of cost for Apple’s most mainstream handset, as it upped its launch price tag once again.

Even though Apple has launched three new generations of iPhones since the iPhone 8’s arrival, the handset is still widely available from Apple itself and most major phone retailers.

The iPhone 8 marked the most radical change in iPhone design for three years – but don’t get too excited.

One of the big upgrades Apple has given its new iPhone, and the focus of the design, is the  glass rear – it’s an upgrade over the aluminium body used since the iPhone 5, and its inclusion means a brand-new feature in the shape of wireless charging.

However, in terms of size, shape and look the iPhone 8 uses the same form factor as the iPhone 7, 6S and 6, and from the front it’s almost impossible to differentiate between the four generations of handsets.

It’s heavier too, an extra 10g over the iPhone 7, which may be a little more noticeable – but it’s not overbearing, and we were still able to comfortably hold the phone in our palm.

The ‘if it ain’t broke, don’t fix it’ argument can be tossed around here, and Apple certainly hasn’t had any trouble shifting large quantities of its smartphone in recent years; but in a year when Samsung and LG dramatically slashed the bezels to give us striking, futuristic designs, the iPhone 8 falls flat.

It’s not like Apple has missed this trend – the bezeless iPhone X is testament to the fact that it hasn’t – but it means the iPhone 8 and iPhone 8 Plus look ever-more dated against the competition, which now includes a rival in their own camp.

There’s still a camera bump too – this is easily remedied with a case, but for those wanting to show off the new glossy rear of the phone it increases the chance of damage when you place it on a flat surface.

The power/lock key is still easy to hit on the right side of the handset, as is the centralized home button with Touch ID fingerprint scanner located in the bezel below the 4.7-inch display. The mute switch and volume keys reside on the left of the phone, and are again well placed for easy manipulation.

It all works, the design is functional, and it’s not a bad-looking handset – but glance at that price tag and it’s hard not to feel a little short-changed on initial inspection.

A final word on the glass rear too – we prefer the way it looks and feels versus the metal body of the iPhone 7 and co., but it also means it’s even more slippery.

If you’re someone who’s liable to drop their smartphone, the iPhone 8 comes with a high risk warning, so invest in a bumper, as there’s glass to be smashed on both sides now.

Apple says the glass is super-tough, but we’ve found that it does scratch – and if you opt for the Space Grey color it’s also quite the fingerprint magnet. The silver model we reviewed was more forgiving though, which meant less time cleaning it with our shirt sleeve. Apple also offers a striking gold color option and, now, the Product Red iPhone 8 if you held out for the special edition hue.

On paper there’s nothing between the iPhone 8 display and the screen on the phone it’s replacing. Both it and the iPhone 7 boast a 4.7-inch IPS display with a 750 x 1334 resolution, giving a 326ppi pixel density.

In fact, it’s the same size and resolution as the iPhone 6, which was launched back in 2014.

While on paper this may seem like the same old story of Apple refusing to be pushed on upping specification, it hasn’t left the display alone completely, adding True Tone display technology to the panel.

What this does is monitor the ambient light around the handset, and calibrate the screen to best suit the lighting conditions you’re in. It results in stronger colors and improved contrast, which does make the display look better than iPhone screens that came before it.

Place True Tone and non-True Tone iPhones side by side and you can see some improvement, but the iPhone 8’s display still doesn’t have quite the same colorful punch, or clarity, as the QHD+ AMOLED display on the Galaxy S8.

The color reproduction is improved as well, with Apple focusing on what actually makes the screen look good rather than pushing the pixels for the sake of the spec sheet… but a boost to Full HD would have made an actual difference to the quality and clarity.

Games and videos look bright and vivid though, and the screen itself is responsive, giving a solid overall experience. It’s hard to knock the screen on its own merits, as it’s only when you put it alongside rivals that it lacks the same clarity.

The fact that the screen is smaller than a lot of flagship rivals also means it’s easier to hold and use one-handed, and we were able to stretch our thumb comfortably to most areas of the screen, which isn’t as easy on the larger iPhone 8 Plus.